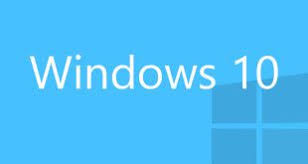 Today was an interesting day because Windows 10 was released,

I was curious since I had a couple laptops on Windows 7 (which I am not very fond of) and Windows 8.1 on a couple other computers of which I have no quarrels with.  Window 10 couldn't be worse than v8.x?  Could it?

The first laptop (an older slow laptop that I don't use for much more than a network console for my IBM i) I tried to install Windows 10 using Windows Update.  It got to a point where there was a small blue windows logo and a spinning icon.  It stayed like that for a few hours.  No hard drive movement at all.  So, I did a hard reboot.  It failed and restored Windows 7.

After the same thing happened twice I decided to make a USB drive to install on my other devices.  I started with another Windows 7 laptop that my kids use for Webkins and other games.   It worked fine.

Then I updated the family computer which was on Windows 8.1.  Again, no problems.

Finally, I did my office PC.  Everything seemed to go great until it booted.  It only recognized my secondary monitor but even worse, there was no internet connection via Ethernet or WiFi...  The hardware manager showed the devices working fine but Windows 10 just didn't see them.

A quick search luckily landed me on a page where others had the same problem.   The issue seemed to be a Cisco VPN client.  I use it when using IBM virtual loaners, and for other things.

So, I was forced to restore my previous version of Windows, uninstall the Cisco VPN client (I chose to uninstall everything Cisco as well) and then repeat the upgrade process.  As of this morning I can verify that this not only fixed the networking issue, but also my dual monitors are working as they did back on Windows 8.1

So, be forewarned... if you value your sleep as much as I do, uninstall anything Cisco before the update.