What's Going on with SSL and the IBM i? 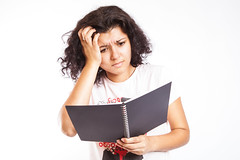 The Problem
Recently I was helping a customer who was having some SSL issues.  They were on V6R1 and all of a sudden the SSL APIs used by our application started reporting a return code of -99 which is SSL_ERROR_UNKNOWN.  After a long bout with IBM support trying to get to someone that could help, they were offered a couple of PTFs to install that should fix the problem (that has yet to be seen).

During the testing we noticed that the Intermediate CA certificate was expired and assumed that was the problem.  Using openSSL and a series of documentation we have put together for SSL we retrieved the latest certificate and installed the new Intermediate CA which didn't expire until the end of 2015.

We still had the same issue.

Some SSL History
Back in the V5Rx days (and even some V6Rx and V7Rx systems) when a server used a certificate with a certificate chain I found that you were required to import all of the CAs in the chain, the Root CA as well as any Intermediate CAs.  If not, the return code of -23 (Root not trusted) would be issued.

I did find that Apple seems to rely on the entire certificate chain.  On April 4th, 2015 Gmail's Intermediate CA expired (without them knowing... again...) causing issues on some devices.

This isn't the first time Google has let an Intermediate CA expire...this happened a couple of years ago as well.  It caused issues with many email clients until they finally issued a new certificate with a new Intermediate CA that wasn't expired.  Then, a year or so later (I set up a reminder in my calendar to let me know when it expired again) it was going to happen again.  I started trying to get in contact with someone at Google to report it.  When I finally got the right person they said "Oh wow!  Thanks for letting us know!" and issued a new certificate.

Which SSL Implementation is Correct? 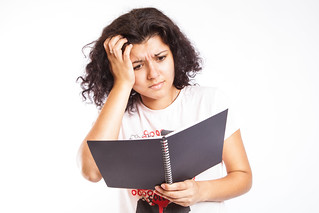 So, we know that some implementations of SSL do check the entire Certificate Chain.  Others don't.  Are they both working correctly?

To do some more testing I set up a V7R2 partition using IBM's Virtual Loaner Program.  I removed all CAs from the *SYSTEM store and tested my application that used SSL.  Yep, RC -23... not trusted.  That's as expected.

Then I installed the Root CA.  Things worked fine even though there was an Intermediate CA in the Certificate Chain.

So, is this happening because of how IBM is now coding their SSL routines?

Either way, it's inconsistent and if the Intermediate Certificates are suddenly started to be validated again I can see a few SSL application starting to fail.

Related Articles:
IBM i (AS/400) and the Wonderful World that is Secure Sockets Layer (SSL) - A Rant