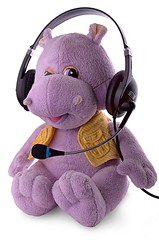 Having worked with the IBM i (well, AS/400, iSeries, System i, and everything in between) for over 30 years now I've dealt with IBM support in almost every way possible.

For the years I was working for employers either myself or others in my group would call IBM support when they needed help.  Normally we got right on, and if it was a serious issue were even forwarded to a developer of the particular piece of software that the issue was dealing with (for example, the RPG compiler, or the HTTP server).

Now as an ISV I am finding that IBM support seems to have made a turn for the worse... like there is now a front line call center of people without much knowledge of the system itself, or what constitutes an IBM OS or Software issue vs what really is considered an ISV software issue.

We have a few software offerings that make use of IBM's SSL APIs.  For the most part these work great, but every now and then we run into an issue that we just can't figure out.

The latest was a customer using MAILTOOL and MAILTOOL Plus for sending email from their IBM i.  They, like myself and many others, use Google (GMail) as our outgoing mail SMTP server.  This requires both SSL or TLS and authentication, things that the IBM SMTP server just can't provide.

So, our MAILTOOL Plus software which bypasses the IBM SMTP server does all the sockets communications over SSL/TLS.

One day this particular customer ran into an issue where the SSL_Handshake() API was suddenly returning an error code of -99, which means SSL_ERROR_UNKNOWN (must be some sort of "catch-all").

I worked with them to install updated Certificate Authorities (CAs) from Google and still received the return code of -99.

We ended up getting their email working temporarily by redirecting the email through an Outlook email cloud service (which didn't have this SSL/TLS error issue at all...)  Then I instructed the user to call IBM support, which they did.

As I've seen time and time again, the customer was told by IBM to contact the software vendor (me) of the product as it wasn't their issue.

Now, I understand that some front line call center person probably doesn't realize that these errors are coming from the SSL APIs that IBM provides (even though I instruct my customer to explain that), but still...  I've seen this reaction more than once.  It almost feels like a knee jerk reaction to just get the customer off the phone and farm the issue out to someone else.

I normally instruct the customer to call IBM back and explain that it ISN'T our software having the issue.  Our software is simply reporting an error that was returned by an IBM API.  And in this case, an "unknown" error that only a communications trace by IBM would be able to find the issue.  Normally this helps them get through to another level of support where they are helped by someone with much more knowledge of the system.

But why all the hassle?  Didn't we just waste not only IBM's support center's time but also the customer and the ISV's time?  Why can't we be directed to someone in the "know" right away like it seemed like we used to be back in the good old AS/400 days?

Just have a nightmare with a System i V6R1 without software contract and a SSL problem. There is no support, even if we pay !